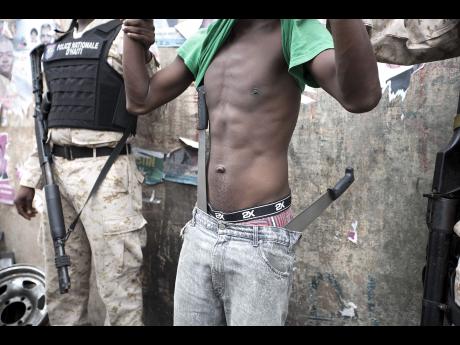 In addition, Guterras is urging countries in the region to consider halting the deportation of Haitians until the human rights and humanitarian crises have been adequately addressed.

“The people of Haiti are suffering the worst human rights and humanitarian emergency in decades,” he wrote as part of a report on the U.N. Integrated Office in Haiti.

The Report of the UN Secretary-General on BINUH, dated January 17, 2023, notes that in 2022 the number of reported homicides increased by 35.2 per cent and that the past several months saw a steady increase in major crime trends and gang-related incidents.

Of the homicides, 81.6 per cent were recorded in the West Department, where gang-related crime is most prevalent. Among those killed was the former presidential candidate Eric Jean Baptiste.

The report notes that kidnappings also continued to rise, resulting in an increase of 104.7 per cent, with 1,359 victims, including 294 women and 23 girls recorded by the police in 2022 compared with 664 in 2021. Civil unrest has only compounded the situation.

In 2022, the United Nations documented at least 1,490 demonstrations, roadblocks and barricades, an increase of 35.5 per cent compared with the previous year.

However, despite their determined efforts to curb crime and fight gangs, the overstretched, understaffed and under resourced police force has not been able, on its own, to deter the alarming rise in gang violence.

In his report, Guterres noted that while last year’s gang-led siege at a main fuel terminal has ended, a special force is still needed to ensure that key infrastructure remains unobstructed and that people are able to safely vote in a general election whose date has not been set.

“There are also allegations that a significant number of national police…may be associated with gangs,” Guterres said.

The report was released ahead of Tuesday’s U.N. Security Council that is scheduled to discuss the situation in the French-speaking CARICOM country, where armed gangs are fighting for control and opposition politicians are demanding that Prime Minister Dr. Ariel Henry, who came to office following the assassination of President Jovenel Moïse on July 7, 2021, call fresh elections.

In addition, Haiti also is struggling with a deadly cholera outbreak that has killed more than 500 people.