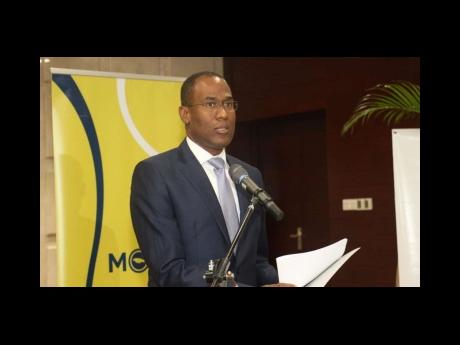 “No stone will be left unturned,” Finance Minister Dr Nigel Clarke told a news conference as he delivered a special policy address on regulation of the financial sector in response to the scandal that has rocked the nation.

“The investigative authorities have full operational independence and will pursue the facts wherever they may lead. They will unearth exactly how funds were allegedly stolen, who benefited from such theft and who organised and collaborated in this.”

Clarke said that the probe will also seek to identify whether assets have been acquired locally or overseas with the proceeds of the alleged fraud and that if and when such assets are identified, “all legal steps will be taken to restrain these assets with the intention of full forfeiture”.

Last week, Prime Minister Andrew Holness, said no effort will be spared in uncovering the full extent of the fraud at the SSL, whose clients included including eight-time Olympic champion Usain Bolt.

The legendary world class sprinter is allegedly to have been fleeced of millions of dollars in local and foreign currencies given to the firm to invest.

The Jamaica Gleaner newspaper has reported that attorneys representing Bolt want SSL to return the track star’s investments “in record time, or face a huge lawsuit”.

Holness, who indicated that he was briefed on the matter, said he is concerned and sympathetic to the hard-working Jamaicans who are uncertain of the status of their funds invested with SSL.

He noted that while every investor’s distress must be equally acknowledged, “there is a dimension of a heightened public sense of betrayal, which I share, that a National Icon who has brought so much pride to all of us, is also a victim of the alleged fraud”.

“The public can rest assured that the Government will be proactive in ensuring that there is accountability and probity in the exercise of public functions, and that our policy and administrative response is effective in continually strengthening the financial sector and protecting the investing public,” he said.

On Sunday, the main opposition People’s National Party (PNP) said it  is demanding a special audit of the SSL to ascertain whether public funds were misappropriated in the multi-million dollar fraud scandal now engulfing the firm.

Opposition spokesperson on Finance, Julian Robinson, questioned whether government agencies had investments or accounts at SSL.

“It is important that taxpayers know whether those monies that would have been invested on behalf of the public purse are safe and whether those funds are sound,” Robinson said, adding that the PNP is urging the Auditor General to conduct a special audit of the Financial Services Commission (FSC)

“We believe it is important for light to be shed on what took place at the FSC in terms of the decision making around SSL,” he said.

Clarke said Monday that the Police Fraud Squad and the Financial Investigations Division had sought assistance last week from the FBI and other international partners.

On Monday, Clarke also named Bank of Jamaica (BOJ) Governor Richard Byles as the new chairman of the FSC and that BOJ executives Wayne Robinson, senior deputy governor; George Roper, deputy governor; and Jide Lewis deputy governor will serve on the FSC board.