Jada-Lee on a musical journey 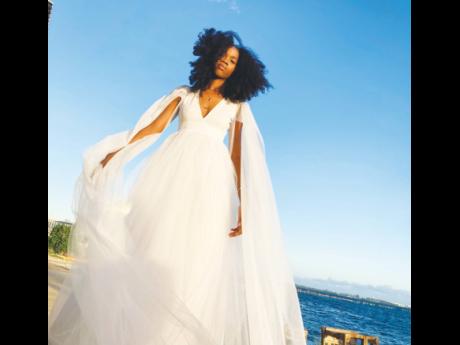 Up-and-coming singer Jada-Lee is ready to showcase her talent to the world, as she released her first official single, Matter to You, on January 18, accompanied by a music video.

Determined to become the next force to be reckoned with musically, Jada-Lee is currently completing vocal training with Tessanne Chin's Voicebox.

"The reception has been great for a new artiste like me. People are intrigued and constantly comment on the vocals of the song. A lot of people said my voice is bigger than Jamaica," said Jada-Lee. Matter to You is produced by All Faces Records and Acres of DiamonD$ Music.

Jada-Lee said that she is working on new projects to be released in the coming months.

"My fans are very supportive of my projects. They have been sharing and uploading videos of the song and I am very grateful. My team and I are promoting in all areas of the music industry," she shared. "Every audience is acceptable. Music is a universal language, therefore it has no limit as to the number of individuals who will enjoy it."

Jada-Lee started singing at age six when she gave a solo rendition of Carrie Underwood's Jesus, Take the Wheel at her cousin's funeral. At age eight, she started songwriting and had her own personal songbook. She developed an interest in music by Alicia Keys, Demi Lovato, Ariana Grande, and in more recent times, SZA and H.E.R.

After matriculating to high school, Jada-Lee realised that she wanted to pursue music during a health and family life education class on the topic of future professions. She became a very active member of the school choir.

Though she struggled to fit her songs on existing rhythms that she found online, her dad gifted her a keyboard so she could compose the desired melodies to accompany her songs. She is now a self-taught keyboardist.